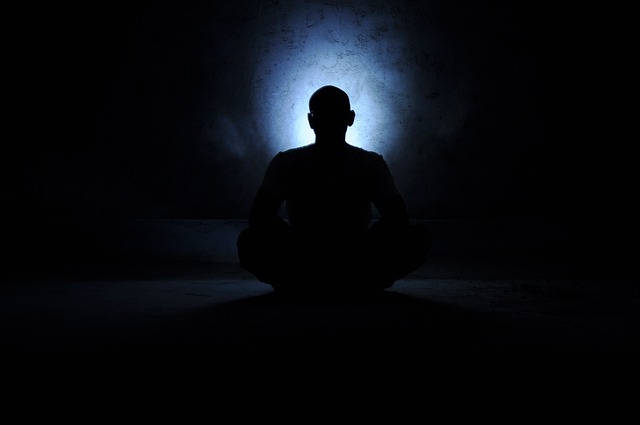 You’re kundalini contains 60% your spirit and 40% the Gayan or Gaia-spirit.
In rare cases it can be 50-50, but it is rare.
What we call the Gaia-spirit, is really called the Gayan-spirit in the body.

Those spirits are going home around 22-24 Januari 2018.
Maybe you have feel some internal struggle, confusion, increase of addiction or just a shorter fuse or maybe you are not feeling anything.

They Gayan-spirit know already that they are going home and some start to freak out.
The abuse of the Gayan is horrible.
They have been in other body’s like plants, insects, animals and more.
About 10 or 11 million years ago, Gaia needed to release those parts of herself.
Not from herself, but from old source.
In a way to get more abuse in a body.

When you have 2 spirits in one body, it creates stress and frustration.
The Gayan is almost constant lives, from body to the next body.

Gaia is a big rock, the Gayans are really meant to go into another rock, asteroid or other universal-bodys.
To have lifespans of easy a million year, not a lifespan of a few days like insects to human lifespan of about 80 years.
This is why when a soul (you) wants to go, the Gayan wants to hang on to this body.
They don’t want to leave their “planet” and are clinging on to life.

You think that 2 spirits in a body is gaos?
Fore a female who is pregnant, it sums up to 4 spirits in one body.
And for every 1 more baby, you have 2 extra spirits.
And then we have the male in the relation who to carry’s 2 spirits.
So if a traditional family is forming, you have 6 spirits in the mix in where 3 are in the diverse and the other 3 are helping driving the body.
Chaos……

It is split via a energy field in the Falx Ceribri in the brain.
https://en.wikipedia.org/wiki/Falx_cerebri
Altho it will not run completely in the brain, there is an energy field who split the left and right part of the brain.
In 2012, this energy field was diminished greatly to make sure that the 2 spirits in the body can communicate better.

In the old days, voices that came from the left side of the brain was interpreted as “the voice of God”.
Today we call this schizophrenic, since the hearing of voices is a primary symptom of that condition.
The difference between voices we hear in a normal human is that we have 2 types of voices,
From the inside and the outside.
Most of the time are inside-voices yourself and you can hear that when you talk to yourself or are making a shopping-list.
Outside-voices feel as not your own voice.
Even here is a difference because it can be voices from your past like from your parents and it can be the Gayan.
Via the tone of voice, you know who is who.
(Further we have guides and other souls who can talk to us, but that is too much for this artikel.)
In a normal situation i would not worry about outside voices.
You can hear what this voice wants to tell you, but at the moment it starts to give you commands and wants you to do bad things, it is time to find some help.

Addictions in any way are a part of this to.
It can come from both ways, yourself and the Gayan.
I am an alcoholic and i am always fighting with myself to quit it.
The difference here is that ME, I don’t want this, but i still get beer.
You might find that i am weak in this, but when you start to find out that you are fighting yourself…you get other insides.

This is to fore humans who have another addiction or are cutting themselves.
Who wants to numb themselves really?
But during times of stress, we all do things we are not proud of to coap whit the stress.

In my case it is the Gayan, who carries the addiction.
I told you before that the Gayan’s are abused as hell and even more than animal-spirits.
Most of the time they keep there mouth shut, but when the stress is to high, both spirits fight over the control of the body.
This is one of the reasons why it is difficult to fight an addiction and if needed, find professional help.

It is not all bad with the Gayans.
Most Gayan’s are female, but some are male.

I want to add something in between here because it is importance.
Every human who have a different gender orientation that the traditional male and female, can have another problem.
I will refer to them as Zhe in where it contains both genders.
(Angels have no gender and to meet them, the “gender” Zhe is better.)
If you are a male spirit and the Gayan is a strong female spirit, it can create gender-problems.
If you are a female with a strong Gayan-spirit, it can create even other problem in where a person is to feminine and can create hormonal-problems.
Same thing when you have a soul-orientation of male and the Gayan is male to.
This can create for a to much male-problems as to male and creates to a lot of hormone-problems and to much aggression.

I do want to point out that this is not going on with every Zhe.
Most of them are born in the wrong body, but they follow the road of there hart to become themselves.
You are who you are and gender is not the problem, the orientation of the heart is more important than a gender.
(There is more going on with plastic, wrong diet and the whole ecosystem we live in, but i wanted to point this out.)

So in order to turn things around, the Gayan’s are taking out of all the body’s in the whole of creation.
22-24 januari 2018, the Gayans on this planet will be taken out of the body.
You don’t need to worry about it, because you will stay in the body until it is your natural time to go.

On the day that it happens, you can be a little disorientated.
If you feel to dizzy, please stay home that day and don’t go into traffic.
(In everything, if you don’t trust it and it is more than a normal vertigo, go see a doctor to be sure.)

The Gayans are taken to a special dimension in creation.

There they are placed in stases, (a kind of deep sleep) get the healing they need and more.
After that is done, they will go never again into a fleshly body.
There are more than 6000 universes created, so there is plenty of space for everybody.
They all will get new bodies as planets, asteroids, moons and other universal body’s.
All according to their own spirit-orientation and lifepath.

After the Gayan is taken out, you may fall into a slight chaos.
And feel as if you miss a part of yourself.
A part of your kundalini is indeed gone out of your body.
Know it, feel it and talk about it.
If you are sensitive for psycoses it is important that you know this, to prevent yourself to fall into another psychoses.
The part that helps you stand on your feet, is gone.
On the other side, it will become a little more easy to become yourself.
You don’t need to fight yourself anymore.
This is important for children to because they can act out.
Try to be a good parent fore them and do what fits with your child to support your kid.

Let me even take this a step further.
White MKultra the brain is cracked into a lot of sub-personalities and others.
A part of your brain is the part where the Gayan is.
The Gayan is cracked into sub-personalities and others to.
So you have 2 spirits in one body with a lot of identity-problems.
Wow, want to talk about gaos?
Even when the abuse can be given on via DNA.
When a female MK ultra person is pregnant and the baby is abused in the womb, you have so much gaos in there, that i can not even put it on paper.
In the elite we can see this cracking in personality and others to.
They have developed a way or a roadmap to reconnect a lot of alters back to one personality.
They can crisscross easy over from one part of themselves, to another part and don’t lose track of who they are.

I have found out that in some body’s of the elite, there is a sweet Gayan-spirit.
But the Gayan is overshadowed by the visiting spirit.
They are shy and fearful.
In where the elite can disconnect from the body (this is trained via abuse in the past), they can “punish” the body when it is not listening.
So they are still in the body, but disconnected from the pain.
So when the Gayan acts out, it will be punished and the Gayan fears this.
In psychological languits we would call this strong dissociation.
But in a controlled way.

Monks in Tibet have developed this to, but via mental training and not in a abusive way.
So it is something that you can train when you set your mind to it.
In a way it can be helpful to disconnect from the pain when you need to fight for your life like in a carcrash.
But you will always come back to your body and than you are glad that the hospital have some strong painkillers.