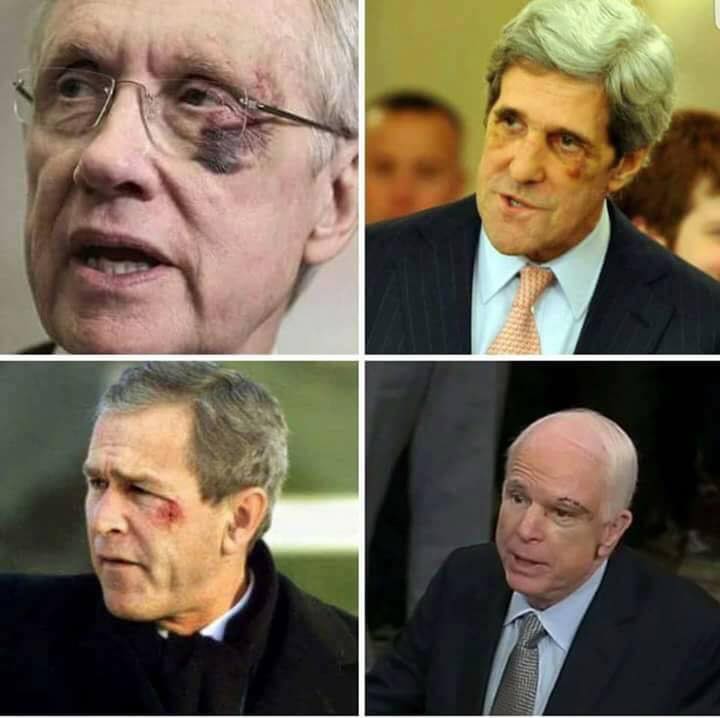 Proof is starting to leak out that the poppets of the crybaby-powers, are starting to get hit into the face.
The negative Anunaki, have left the planet in where a lot are captured or destroyed by the Drachk.
The Drachk have placed this part of the universe under quarantine in where nothing and nobody may leave this place whiteout knowledge of the Drachk.

But the funny part is that some poppets are getting bruises on their face.
They joke around about it, but reality is that they get a big correction behind the screens.
They are o.a.frustration-outlet  of the current frustration-outlet.
It has started everybody, the shadow-government is falling apart.
And the crybaby-powers where i talk a lot about, have left the planet fore about 90%.

Another interesting article to read: http://www.express.co.uk/news/world/852644/Pope-francis-black-eye-accident-popemobile