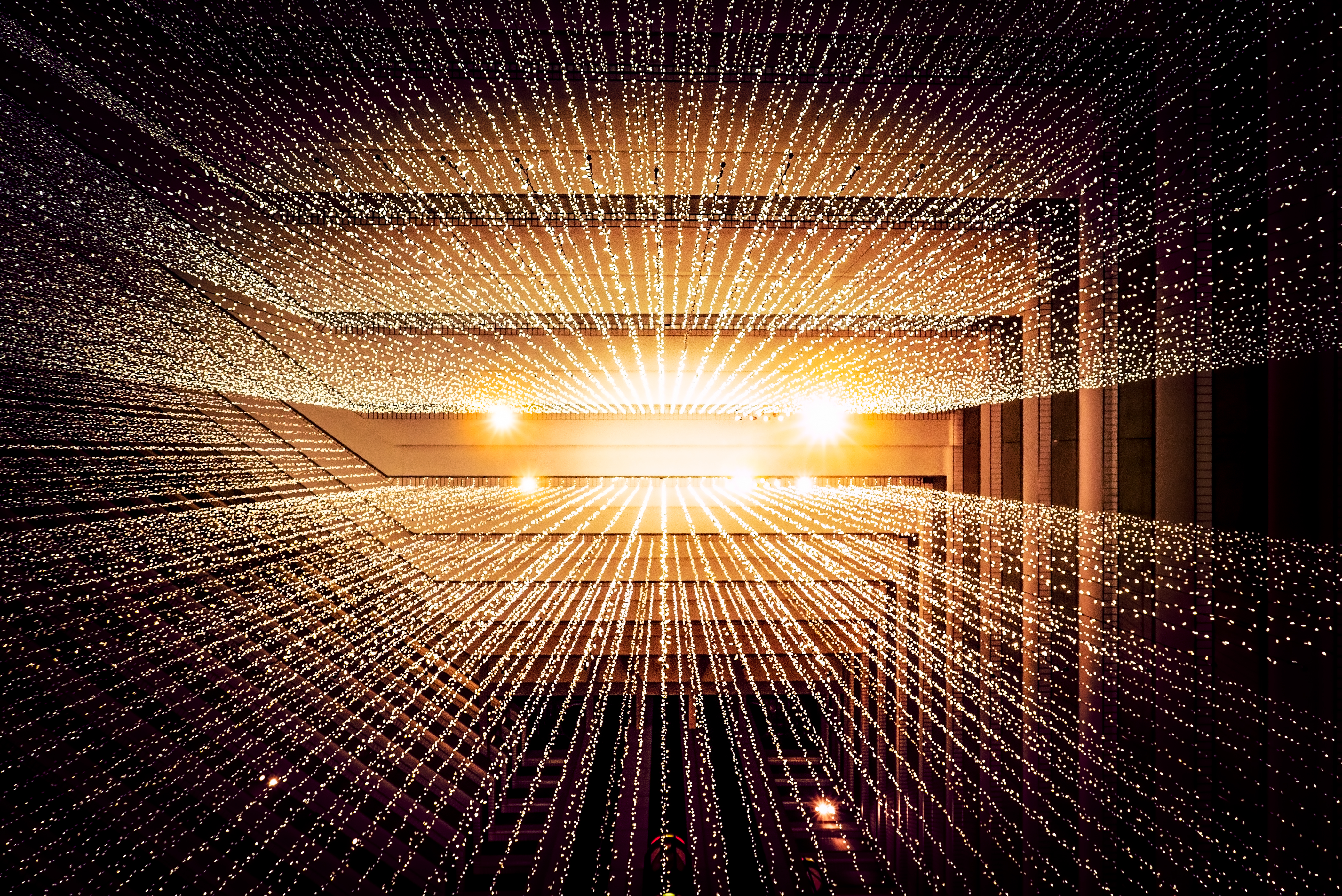 There is a lot of information that you can find online over cheese topics.
But what is real?
It is up to you in what you want to believe, but I hope this article can take away some doubt.

There is no big soul-net around the planet that traps souls.
The truth is that non of this is real.
There are no big machines in space that suck up you’re soul.
The moment that you leave you’re body, you just go to the 3th dimension where the rest of the souls live.
It is not even aloud to build a net like that around a planet.

Soulkillers..is there something out there that can kill my soul?
Yes and no…a lot is made up to.
Yes, there is one soul in creation that can kill a soul, but this soul is part of the field.
The only thing that is gone be killd is so small, that you can neglect it.
And then we are talking about the worst of the crap…way beyond of what we can imaging.
The rest of the ***holes? They will get there karma soon.
They don’t learn from it? Than they are removed from there body and will get the schooling they need.
Are they still that negative? Then they will be placed in a new body and then they will get there karma.
Those ***holes will get a energetic cleanup to remove the negative energy from them.

Walkings.
The general public beliefs that er during a life, a soul can leave the body and another soul can take it over. This is false.
You stay in your body you’re whole life and nothing can take you out.
(Only the field can do that, but that chance is so small that your chances of being hit by a truck, car, UFO, air plain and lightning at the same time is much bigger.)
The energy that is indeed in your body is the energy of the planet.
Gaia needed to give here energy away from the start, so that it could be placed in the body’s.
This creates a kundalini whit 2 energy-streams.
Reptiles have a kundalini to that only has one stream of the planet…they can be very caring, but can be very snappy to.
The energy that Gaia gave, needs to be in other planets or rocks..they are not designed to stay in a body and have short lives.
This is still a part of the old abuse that was going on in creation.
Whit time the new children will be born whit only one energy stream or kundalini of themselves.

You are not alone in you’re body, you have the energy of the planet in you.
No wonder that you are fighting yourself from time to time.
When you cross over to the other side, the energy of the body (the planet) will leave it.
It will get a new destination in a planet, moon or rock.
Then they can finely relax to and there is more than enough material fore that in space.

What do happens on a regular base (what have been almost stopt by new) is when a soul is in the body and that soul is about 27% negative, (this tells you nothing about you’re personality…you know you’re self and how your hart feels).
Is that a passing soul whiteout a body can ask to you if it can enter you’re body and travel along whit you fore a while.
Many have sad Yes and the visiting spirit whent into the body to.
That is where possession is comming from and than another “demon“ needed to be expelled.

The negative anunaki do have a machine that can remove a soul from its body.
This happened to souls whit a minimum of 47% negatively in them and they created a lot of chaos.
By sending the soul home, the body became more compassionate and was following orders better.
They can not transfer a soul from one body, to another body.
The other side aloud this to happen in where the angels helpt to remove the soul from the body whit this machine.
Whit the soul out of the body, you have a body whit only the soul of the planet in it.
This is a Shell.
The anunaki new have a lot of problems whit there machines in where they can not remove a soul from a body anymore.
Lol..this is the field that is stopping this madness.

What is a Shell?
As you could read in the text above, that is how a shell is created.
Another way to make a Shell is when the field is removing a soul from its body.
This will only happen when you have a hy percentage of negativity in you and you create a lot of chaos.
You know when somebody is a shell when they have a blue aura.
(In case you have made a aura picture of yourself and you have a  blue aura, don’t worry about it…i don’t think that you are one of the humans who are a shell. Sometimes we have a blue aura because aura’s always changes colors.)
It can happen that you have a soul who is in a body whit the wrong DNA and is fighting itself very hard, then the soul will be removed from the body to stop the fighting whit itself.
This will rarely happen and the soul will not be punished, but it will get help to recover and get back to there real self as a soul.
In the old way of abuse in creation it happened a lot that souls are placed in body’s whit the wrong DNA that will not fit whit there soul-type.
This was to create more stress and abuse in you’re life but this will be stopt to in time.
Even weirder…many humans (and aliens) have troubles of waking up because there are blocks placed in the body (like health problems or mental problems) to prevent one person to wake up to there full potential.
(Do you want it to go faster? Get a crankup whit those humans so that you can develop your talents even faster)
https://www.thespiritualfoundation.com and look around because they all have their own prices but they are all just as good.
(It can take some time before the page is done loading.)

Is there timetravel? Are there timelines?
No, you can not physical travel back in space and change things.
You can not travel to the further.
How bad internet wants you to believe this, it is just not aloud by the field.
It is real that you can travel back in time whit your mind.
This is one of our metaphysical talent that we use every day, but are not aware of.
You youse you’re own mind or you’re thoughts to take a look at events that happened in you’re life.
You are literally traveling whit you’re own mind and metaphysical talents.
Humans who are more solar chakra oriented, can do this more easily.
(The rest can do it to, but fore those humans it is more easy.)
You can take a look in the future.
But the past is fixst and can not be altered. The future is constant changing to.
There is just one timeline that is constantly changing fore the better of everybody.
No more chaos and no more suffering.
This annoys the negative anunaki because they had a machine in where they could look into the future.
But every time they want to do something ( war, falls flags and other crap) they see that the timline always changes in there downfall.
It is no longer aloud that this crap still keeps going.
We can see this in the news in where more and more humans are arrested who want to plan a attack.

There are about 7 timeliness, but those are not real.
They arepossibilities , but the timeline we are on is the real timeline.
The negatives can plan what they want, but whit there technology they can see that this crap is no longer working fore them.

Are we CO-creators?
If you are a creator and you have you’re surroundings designs to you’re wishes, then why can somebody just bump in whit bad in tension and make you’re life a hell?
The hole concept is wrong.
Yes to a sudden level we make our own reality and we live together whit others who have made their own world…the rest is misunderstood.
In psychology this is also known as the frame of reference.
https://en.wikipedia.org/wiki/Frame_of_reference

(Example: A lot of humans have a hole life on the internet and that is there creation.
You take away there phone? And they will drop back to this world.
They have never left this dimension, they were in their own mind where they have created their own world they feel safe in.)
It is a complete natural process and we all do this to feel safe.
But chaos was controld to the smallest parts and you had no own creation/freedom.
In current time and the future we have more freedom than we think and we can create and mess around in what we want.
The only rule is “don’t hurt others“.
There will be placed a block on things that somebody wants to make that is going to hurt others.
By example…if some idiot on another planet wants to make nuclear energy, this will be blockt and this will happen over hole creation.
There is always a core of truth in it, but this is (like many other things) getting a life of its own.

In everything..keep is simple and logic.
What is to weird fore words, is most of the time exorbitant