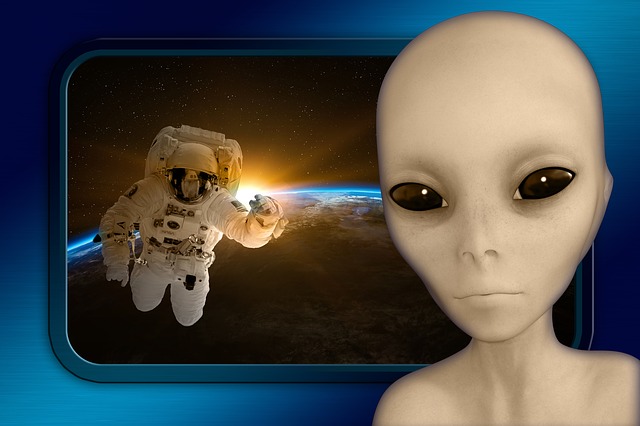 There was a lot going on and a lot of kidnaps came from our own sweet government (and what is more above in the power-piramide).
The Gray’s i talk about, are biological robots and more developed than our current technology.

In the rest of this article i will call then BRG because els the name is to long.
Biological Robot Grey.
BRG are made from stem cells who are so make that they can copy themselves and white special ecuitment, they can filter out the flaws.
This article is based on technology from the 1920 until 1950.

The talk of the town is that BRG’s are grown in big cylindrical tubes, but in reality are they brought up in big special water tanks.
The water tanks are so develop that you can look easy over them as a human so that you can follow the practical development of them.
(A big tube is practical, but unrealistic if you need to take out a wrong develop fetus.)

This tank has the consistency of a special gel that has a texture like water.
This gel contains the neutrians a embryo needs to grow.
There is to an umbilical cord to get the nutrients in the body.
(This can to be an energetic cord.)

They develop in a fast pace, but not too quick because that is not good for the cell-development.
The “harvest” age is around 4 months when the body is fully developed.

The liquid is drained and the body’s try to get up.
It is all going difficult because everything is wet and slippery.

In the period of the tank, are the body’s programd via wireless technology.
(We see this back in current technology in where data of the internet, can travel wireless to the air via the radiation.)

Because they are pre-programmed they know how to stand for processing into the system.

The BRG’s do get some freedom in where the Gayan can move the body.
But always in a controlled environment.
To stimulate the blood circulation, you need to move the body.
So the Gayan’s get some “air time” so make sure the body gets into shape.

They are charged up in lines.
They stand in small clubs of 30 to 50 BRG, just as the military is standing in clusters.
They form a square.
At the corners there is a pole.
The poles are connected and give off a neutrian-ray.
The BRG’s are charged up and get there nutrition via the radiation.
Sadly this technology is stolen from Tesla and based on his technology.
During charging up, the body’s stand still until it is saturated and charged up full.

The body can store energy and can be charged up as a battery.
This is what you can do with energy work.
This fenomena is what you can see white electrostress in where the radiation comes IN the body and you see humans react.
But because the current radiation is negative, it is destructive for your health.
You can new even buy technology that can charge themselves up via radiation of the telephone-pole or WIFI.

When the BRG’s are activated and put to work into kidnappings, they are observed by human seinentist and military.
There were normal to very sick interaction between the kidnapped person and BRG’s.
From torture to things that are so sick that you cannot even imagine it.

You have BRG’s that work as a collective like a group of ants and you have BRG’s who can work independent.
It just depends on the programming of the body but at all times there are exceptions.

In where a body could go on about 12 years, when the body was asking more maintenance, it got “destroyed”.
The body got shut down via radiation or knockout, and after this they got into a special destruction machine in where the body was destroyed on attomlevel.
This machine puld the body into atoms and transform it into a gelly.
This gelly past a special filter to remove the garbage from the gel,
After that was this gel partley juist to make new body’s.
(They added water to make the same kind of substance like in the womb.)

At this moment there is a global stop to the kidnapping of humans and animals, altho it still happens sometimes via Black Ops.
If oure space family catch them, the ship is destroyed and personnel on board is toast.

Around 22 januari 2018, wil the Gayans leave the planet.
That means that the BRG will not function anymore and will just drop dead as body’s.
The Gayan’s are removed from the body via the field.
The Gayan’s will get the help they need to recover and will be placed later in planets, asteroids and other big objects in the universe where they really belong.