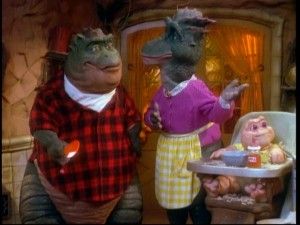 Before you read this article, you need to know that i got eterical/astral fooled.
How this happened is something that you can read via the link here below.
This experience sadly happened when i did not have the information that i have new.
http://www.balancedawakening.nl/2017/07/29/ethereal-spiders-and-the-invasion-of-ets-stops-what-happened-really-and-how-i-got-astral-fooled-30-july-2017/

Eons ago, in the time of the dinosaurs, there where folks who live just like as.
They walk on 2 legs, have 2 arms, family’s that have a mom dad an children and they have family’s just like us.
They look a lot like the old TV-show “Dinosaurs” http://www.imdb.com/title/tt0101081/ 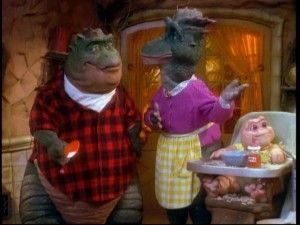 A group of scorpion-creatures have invaded the homeplanet of the dinosaur’s. 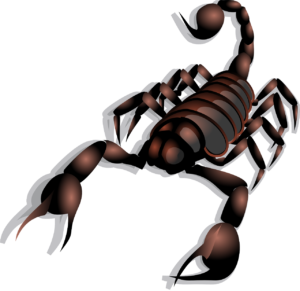 They wanted to take over the planet because of all the oil, minerals and soil.
These dinosaur’s have defended there planet whit everything they got, but after a long time of war and slavery, they have escaped there planet.
The surface of the planet is dead.
The scorpion-creatures have taken everything from the planet, where they could get there hands on it.
The planet has nothing left to give anymore and the planet is in pain because of what happened.
After the scorpion-creatures have left the planet, the dinosaur’s-creatures could finely escape to a safer place.

But how they got there is a different story and therefore I need to go back to this planet in our current time.
There is/was a small group of humans (I think it is 2 men and one woman) who perform black magic.
They offer animals, what is hurting Gaia.
(Gaia don’t like this because the animal-body’s are not made to be killed.)
Whit the powers they invoked whit there black magic, they did a lot of damage.
They where sending a black negative beam to the core of Gaia.
And they send out a black negative beam out into space and other dimensions.

They could do this because they use a old artifact as a signal amplifier.
This signal was crossing over to our dimension and even other dimensions and timeliness.

They could do this, because the artifact was original mend fore the light.
The artifact is just as old as the planet, but could be even older than that.
It is mend to keep a balance in the universe and harmonic.
This artifact looks like a golden flat round disk whit a dome on it.

By using this as a amplifier, was a small group able to hoal in other beings to this place.

The dinosaurs who were looking fore a new place, found the signal and followed it to this place.
In many ships who to have a soul (there soul contains the same energy-spirit as that of planets) and they came to this place.

GFOL (galactic federation of light) could see the refugees when they came out of hyperdrive.
The first ship that came out of Hyperdrive, was a ship loaded whit scientists.
This ship was directly surrounded by ships of GFOL.
After a telepathic conversation between both ships, (what is normal in space because everything is going via telepathy.), the crew left the ship and walk over to a lightship.
GFOL brought the ship safely over to a dock fore analyzing without hurting the creature.
After the scientists were safe on the light-ship, more ships showed up whit refugees.
Hole family’s showed up and everything they could save from the planet.
(I don’t know if they have any pets, but a lot of animals were killed because of the invasion on there planet.)
GFOL brought those refugees to a safe place to.
The dinosaur’s can choose.
They can stay on board and become a part of the crew or they can go to a new planet in where they can live in harmony like a farmers-town.
A small group wanted to stay on board and a bigger group choose fore the new planet where they become a part of the galactic society.

And the artifact? That is confiscated whit GFOL fore positive use.
They lost this artifact a long time ago and they are happy that the artifact is new back in safe hands.

The humans who are doing black magic?
They will keep doing there thing, but the impact of there magic is limited new.
Unfortunately they will keep there work up, but there magic is new limited.
They are new marked fore Arae when he is complete again.
Than they (and many others) will be taken care of in one swoop.
This is very easy fore Arae.

And the scorpion-creatures? The Drack have attack there home-planet and whippet the surface of the planet clean and destroyed everything.
The Drack is the oldest 3D-race of creation and they are the protectors of everything and everybody.
They have a very big honor and proud-feeling